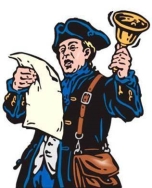 On July 9 Governor Murphy signed into law P.L. 2019, c. 158, which permits the Commissioner of Labor and Workforce Development to immediately issue a stop-work order if an employer has violated the Prevailing Wage Act by paying wages at rates less than the rates required under the act. The stop work order would cease all business operations at every site where a violation has occurred. The stop-work order can only be issued against the employer found to be in violation or non-compliance. The Commissioner can assess a civil penalty of $5,000 per day against the employer for each day that they conduct business operations in violation of the stop-work order. Please note that if the stop-work order is issued against a subcontractor, the general contractor has the right to terminate the subcontractor from the project.

The new law also authorizes the Department Labor and Workforce to enter the place of business or employment during regular business hours to determine compliance with wage and hour laws, based upon a receipt of a compliant or routine investigation. To that end, they may examine payroll records, other records, and interview employees, call hearings, administer oaths, take testimony under oath and take depositions to determine compliance with wage and hour laws. The Commissioner may also issue subpoenas for the attendance of witnesses and production of books and records. The Commissioner may issue a stop-work order at all business operations at specific places of business or employment where a violation has occurred.

In addition, any employer or agent of the employer who willfully fails to furnish time and wage record or who refuses to admit the Department into the place or who hinders or delays the Department in the performance of duties may be fined not less than $1,000 and will be guilty of a disorderly person offense. Each day will constitute a separate offense.